National Coming Out Day has been celebrated in the United States since 1988. It is regarded as a form of political activism, in that the queer community should be able to live “out of the closet” as their true self to their family, friends and colleagues. Drew University celebrates National Coming Out Day with a whole week full of activities that they refer to as “Queering the Forest”. There was a variety of activities put on for students that included a performance from horror drag queen Pissi Myles, free on-campus HIV testing, Queer Prom and many other exciting events that were enjoyed by all students on campus. Queering the Forest ended with a trip to New York City for a tour with Christopher Street Tours in the captivating Greenwich Village.

A group of about nine students left campus around lunchtime to take a bus into the city to meet with tour guide Michael Ventruiello, one of the founders of the tour company. Ventruiello had been to Drew earlier in the week to kick off “Queering the Forest” and was excited to take a group of students to the historic LGBTQ sights in the village. He provided insight into what life was like for queer people in the early days of Greenwich, taking the group to places like Julius’ where the first nationally recognized LGBTQ protest took place in 1966, a former bookstore that openly promoted queer books during the 60s, Stonewall Inn where the famous riots took place in 1969 and many other impactful sections of the city. Ventruiello created a welcoming environment and was more than willing to answer any questions that the students had. 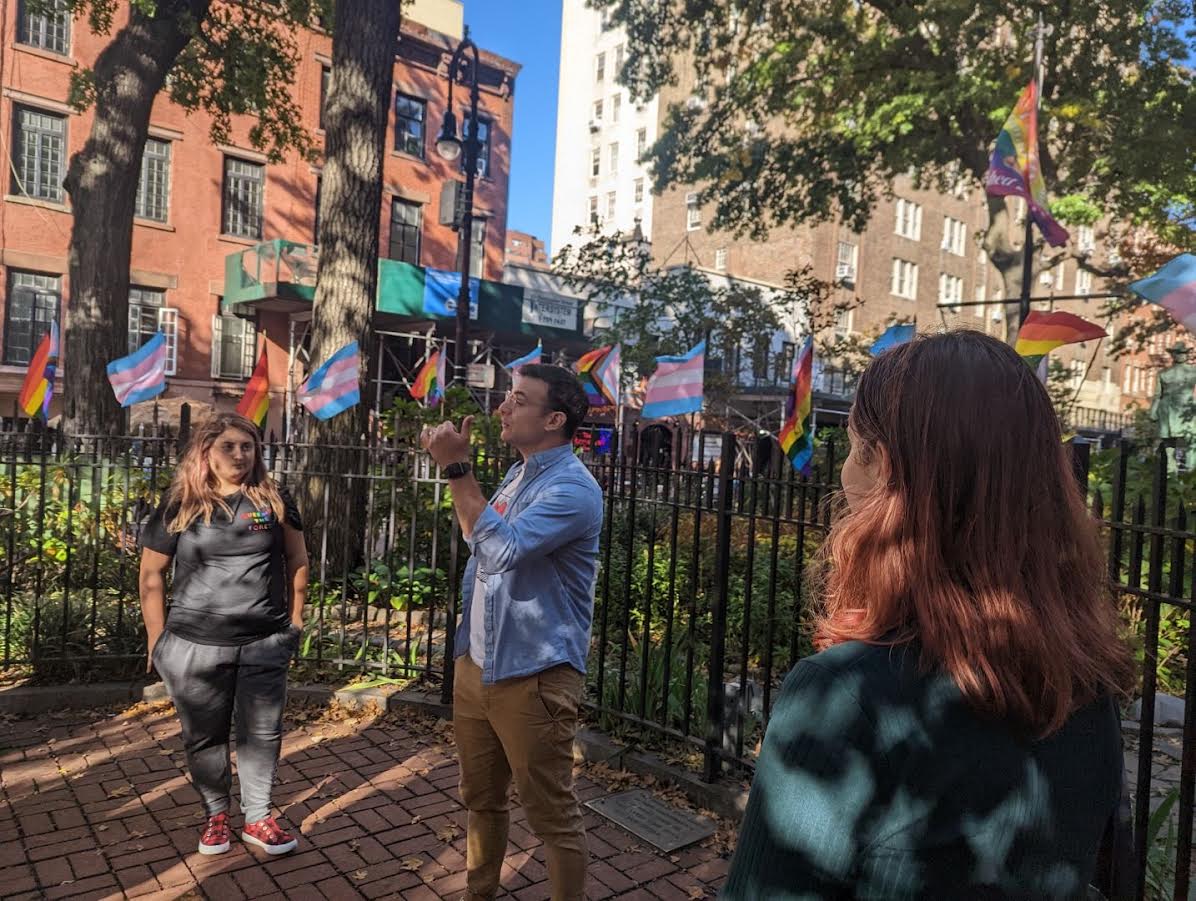 The tour ended at The Lesbian, Gay, Bisexual & Transgender Community Center, commonly referred to as just “The Center,” in Manhattan, a fitting end to the tour showing how far the queer community has come in America through determination and hard work.

“The tour not only taught us about the history of queer movements in New York but also brought the queer movements of the present to light,” Jocelyn Freeman (‘25) said. “Being able to visit the LGBTQ+ community center in Manhattan was a reminder that the queer community, both young and old, is thriving in NYC.”

“Don’t Worry Darling”: The Good, The Bad and Harry Styles

Dee Cohen is a freshman majoring in photography.…

Annabelle Smith is a freshman minoring in studio art.…

Thanksgiving is right around the corner, and with it comes long overdue family visits, uncomfortable political…

Public service announcement: the Commons has a machine for you to put your dirty dishes in.…