For the past seven years, the fencers at Drew University have been led by Head Coach Vincent Paragano. However, early on in the spring 2022 semester, Paragano’s employment by the university was terminated and the team’s former assistant coach Michael Bindas was promoted to the position of Interim Head Coach for the remainder of the semester. Bindas will lead the Rangers through the spring portion of their season, alongside Assistant Coach Keri Ecker.

Bindas, who in 2021 was honored by NCAA/USFCA as the Division III Men’s Team Assistant Coach of the Year, has over two decades of experience in fencing as both a competitor and coach. Since his hiring in 2019, Bindas has aided in taking Drew fencers as far as NCAA finals this past spring. 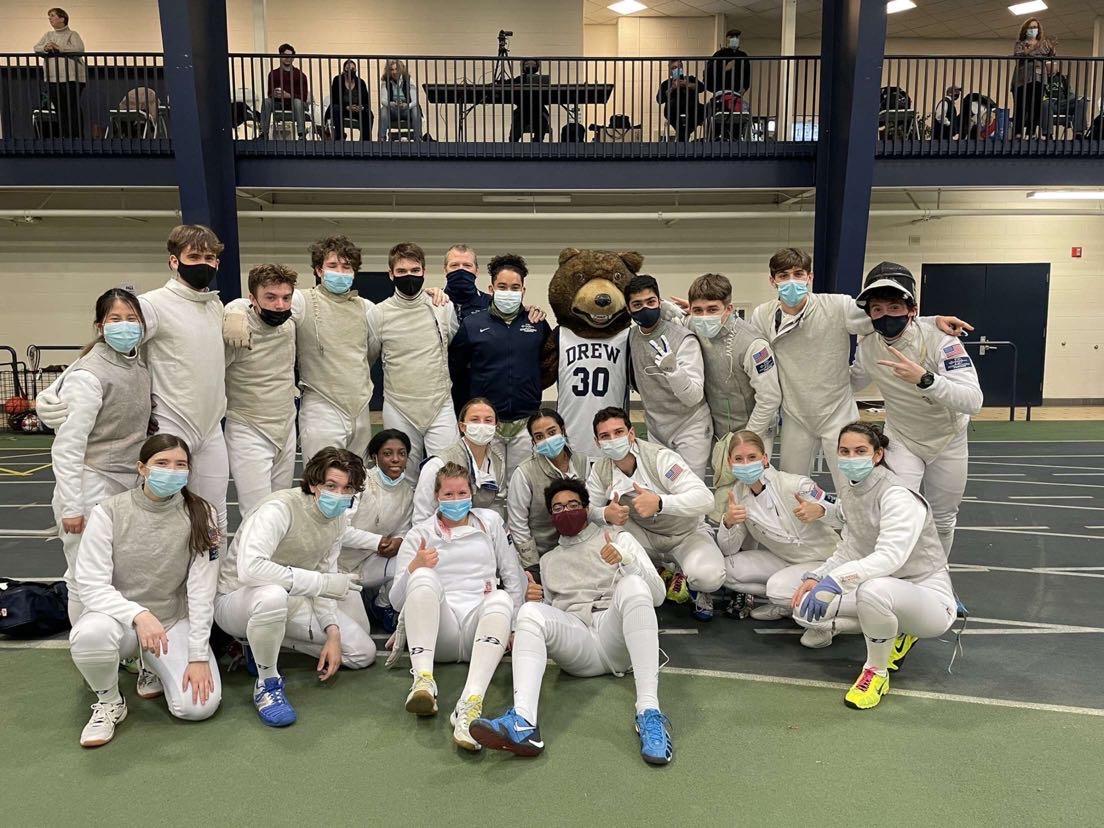 According to sophomore foilist Brandon Mundahl (’24), Bindas “lives and breathes fencing,” and proves to be a good role model for team members by encouraging teamwork and offering private lessons outside of practice to better their skills. Mundhal said that Bindas is a big promoter of focusing on team dynamics to ensure that a family-like atmosphere is maintained, despite Paragano’s termination.

On Feb. 6, the Drew Rangers men’s fencing team competed in their first competition since November, having been delayed due to COVID outbreaks within the team during the first weeks of their spring semester. Under Bindas’ leadership, The Rangers registered a 6-3 day overall and improved their season score to 47-12.

Saber fencer Aiden Holmes (’25), said that Bindas is handling the unexpected transition tremendously well and has all the experience necessary to be a great head coach. Although Holmes said he will miss Paragano post-termination, Holmes was confident that there was no one else he would rather see take on the role of head coach than Bindas.

Epeeist Danny Stevens (’25) said he remains uncertain about the future of the team but is curious to see where it will go from here under Bindas’ leadership.

Fencing team upperclassmen and coach commentary is unavailable at this time. Those wishing to supply additional information regarding this case may do so by contacting Sports Editor Mary Laut (‘22) at mlaut@drew.edu.

Women’s Basketball Are Undefeated in Season

The library at Drew is one of the most widely used student resources on campus. Built…

In an email from Reslife sent to students on Jan. 10, there was a small section…

How a terrifying injury on national television holds a lasting legacy on sports and safety, and…

Monopoly: Capitalism Is So Fun

As a professional cynic, I disagree with plenty of things that others find “fun.” Examples include:…